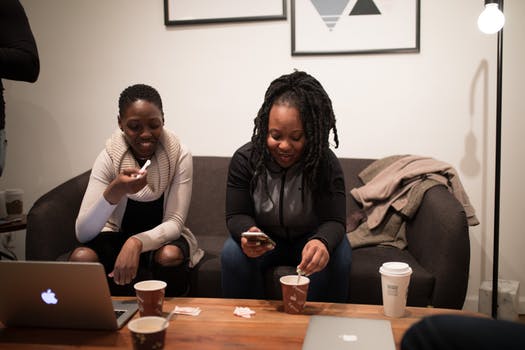 A brief and broad overview of Namibia’s road to eCommerce

The Namibian consumer has not yet taken to shopping online such as their  African counterparts in Kenya, Nigeria, Egypt or South Africa. According to research conducted by Paypal, neighbouring country, South Africa has seen a remarkable increase in online shopping over the last decade. Online spending is expecting to reach R53billion in 2018 up from R37billion in 2017

Namibians remain wary of online shopping and amidst a current economic depression and other factors have yet to grasp the power and benefits of building a robust eCommerce and digital industry. If we take a wider view of the African continent, E-commerce has yet to produce the growth levels seen in Asia or the West. This is due to several factors including digital penetration, economic and political stability or lack thereof and infrastructures. In addition one also has to consider the social nature of many African cultures. Africans tend to spend much more of their time outdoors and social settings with others as opposed to being in isolation, huddled over a phone or computer indoors. Furthermore, the continent does not suffer from adverse weather conditions which would make online shopping more convenient.

Although Namibia has a fairly robust telecom network, internet penetration is lagging behind. According to Internet Live Stats 2016 report penetration stands at 15.6% of the 2.5million population and can be attributed to various economic and geolocation factors. Most of Namibians plugged in will access their internet via their mobile phones to largely take part in social media networks such as Facebook and Whatsapp.  Another factor is access to financial services. According to a report by the Namibia Financial Inclusion Survey, more than a third of Namibians do not have a bank account. Traditional eCommerce payments methods require access to financial services as goods are paid for with a debit or credit card through payment gateways such as Paypal and locally PayPulse or PayToday.

Logistics remains the most challenging hurdle for African e-commerce to thrive. The rise of eCommerce has globally opened up a new opportunity for traditional postal companies and logistics companies.  African countries in the SADC region have so far failed to build roads and rail networks that would allow regional businesses to thrive with cross-border trade. Businesses are also hampered by security challenges and in some cases cross-border bribery. Whilst delivery to international customers via DHL and other renowned logistics companies is fairly secure it remains largely financially not feasible for the African online entrepreneur due to the high shipping costs. These have to be either incorporated into the product price, making the African business less competitive or borne by the consumer. In addition, attention needs to be paid as to how African cities and streets are organised and how this impacts the delivery of goods bought online. On the flipside, African online shoppers who shop from businesses overseas are often frustrated by the long delays in customs clearance they have to face when their goods arrive.

Namibia’s digital landscape remains largely unregulated. At the same time, government bodies that should put frameworks and measures in place seem to have a limited understanding of the nature of the internet and eCommerce. There is largely a distrust and perhaps a lack of focus and priority given to all things digital by Namibian economic policymakers, particularly in relation to what would spur on Namibia’s economic development and growth. From a consumer point of view, Namibians expressed in a recent poll that a lack of trust was the driving factor behind the reluctance to shopping online. Further research is necessary to determine whether this is due to a lack of trust in the merchants, a fear of counterfeit products, distrust in delivery/payment methods or a combination of all those factors.

The Namibian consumer will benefit from understanding what eCommerce is and what it is not thereby removing some of the barriers of distrust that now exist. At the same time, Namibian businesses could choose to educate themselves about the opportunities of offering their products online and the power of social media to attract and keep loyal customers.

So what are the opportunities? The internet and the digital revolution have brought with it various social woes but also vast opportunities, particularly when it comes to income generation. Who would have thought 20 years ago that people can earn a living through something called blogging or taking pictures of themselves and posting them on Instagram.

Being a small African country with a Sea portal and a relatively robust telecom’s network Namibians can be at the forefront of the African eCommerce revolution. Instead of waiting for international eCommerce giants like Amazon, Ebay, Alibaba etc take over the African eCommerce landscape budding Namibian entrepreneurs could come to understand that the internet not only offers them the opportunity to attract consumers and markets within the local or regional sphere but that at the click of a button they have access to consumers worldwide. Sourcing the right products, providing first class customer service, efficient, speedy delivery and effective branding and social marketing will help them stand out and build their bespoke niche. Learning to tap into the global market will not be easy and will be challenging but it is certainly possible. All the challenges listed above are inadvertently also opportunities for exploring one’s entrepreneurial spirit.